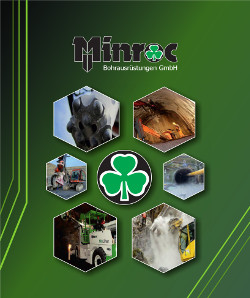 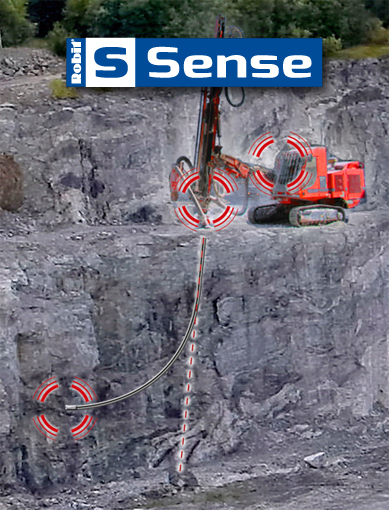 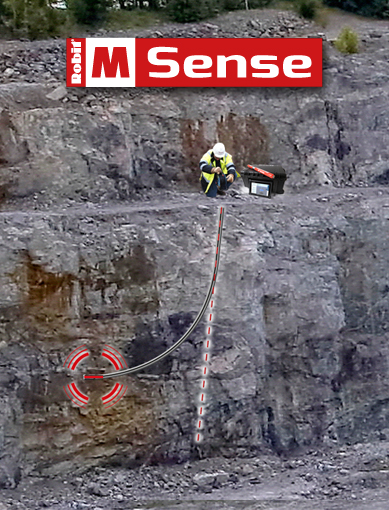 Robit Sense Systems drills deep into efficiency and safety gains in rock drilling through digitalization
Sensitive and accurate drilling with online control
The Sense Systems product family is the result of an extensive R&D program lending much of its insights from the thorough understanding of rock and ground drilling Robit has gained during its 30 years of history and growth. The Robit brand itself has become a synonym for high-quality drilling consumables all around the world, and the digitalization of drill steel was a natural next step.

In broad terms, Sense Systems seek to add ever deeper levels of understanding and optimization to the drilling process through digitalization. A significant leap on this path was taken when Robit became the first company in the world to develop a patented system that can measure hole deviation during the percussive drilling process. The ‘S Sense’ for Top Hammer surface drilling was launched at the beginning of 2017 after an extensive testing phase. Along with the S, a manual ‘M Sense’ is on offer, using much of the same R&D knowledge and technology that has gone into creating the ground-breaking S.

Even as industry norms vary vastly on a global scale, the advantages of hole deviation measurement are widely recognized. Some countries are further than others in institutionalizing this, as in e.g. Sweden hole deviation measurement is compulsory for a minimum of the first row in a blast pattern. Beyond the obvious safety gains in ensuring predictable blasting by reducing the risk of flying rocks, the process related efficiency and cost benefits are significant. Optimizing blasting is more efficient and the overall costs lower than fixing the problems down the chain in secondary breaking and crushing. Drilling then is a main determinant of a good blast, and hole deviation an integral part of blast design. Costs can essentially be cut in fuel consumption, explosives, transportation, but also in streamlining the overall process as measuring can be integrated into the drilling process with the S Sense system.

The strength of Sense Systems is not only derived from the above mentioned obvious sources. Both the M and the S are operated on a rugged tablet computer running an easy-to-use graphical interface software. The deviation information is immediately available on the tablet, but when a sim-card is inserted or the device is hooked to Wi-Fi the data is also readily available in a cloud service. For the S Sense this means that e.g. a central office can follow the development of the drill pattern as it is drilled and start planning the blast accordingly. The cloud service is also a central location for all the drilling data, patterns and worksites and can be accessed by multiple people anywhere in the world. 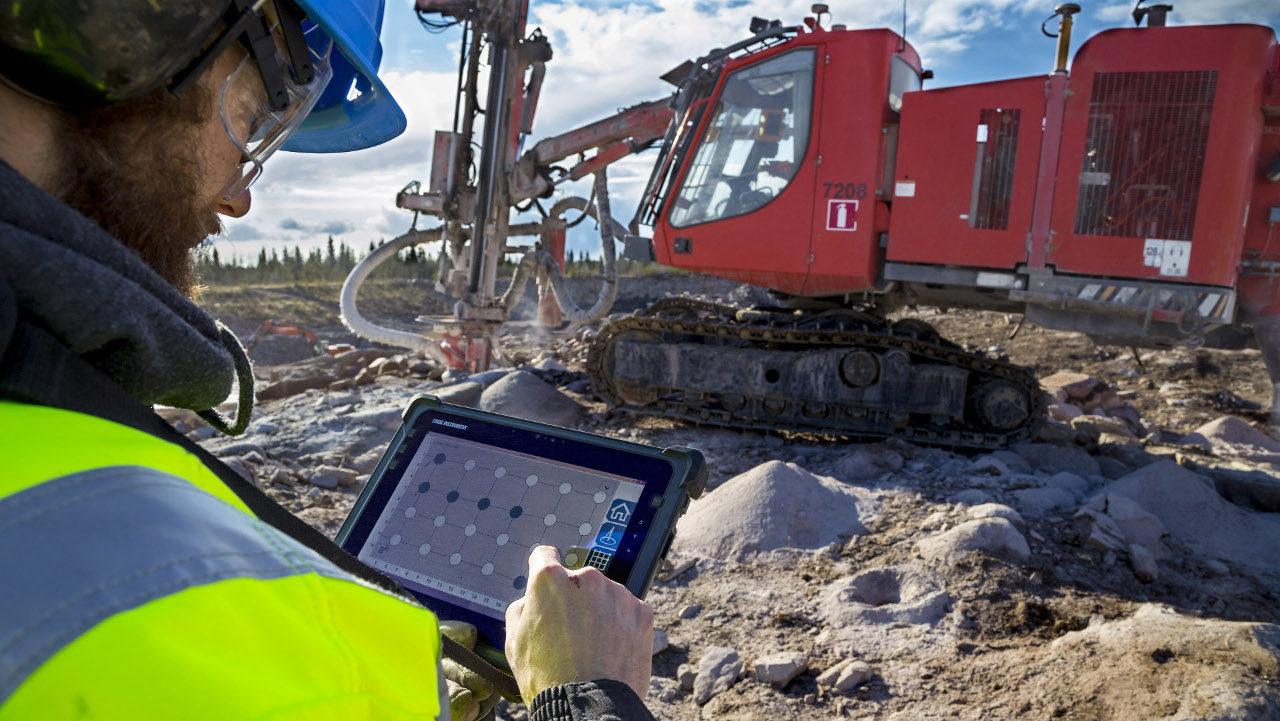 Good preparation is a must
As customer companies are starting to use Sense, the system and process linkages must be carefully planned. From cooperation point of view it is more demanding than buying Robit consumables, but the potential gains are also large. The Sense Team will work with the client in ensuring that the Sense Systems data can be efficiently used in the client process. This is also where gains can be realized in optimizing the drilling process as Robit has serious expertise in it.

The Sense Systems product family will eventually not be limited to just hole deviation. The X Sense GNSS-driven hole location system is launched in a range of countries before the end of 2017. Also, the DTH and underground hole deviation measurement systems are being researched. Eventually the aim is to cover all aspects of the drilling process to ensure maximum efficiency for partner customers. In addition to offering the widest range of best performing drilling consumables in the world, Robit can truly help you understand your drilling process, drive down costs and make the whole industry safer!
Welcome to the world of Sense!
More information

We use cookies. By using the site, you consent to the use of cookies. In order to continuously improve the website, we store anonymous usage data. If you do not want this, you can switch it off here: Data Privacy